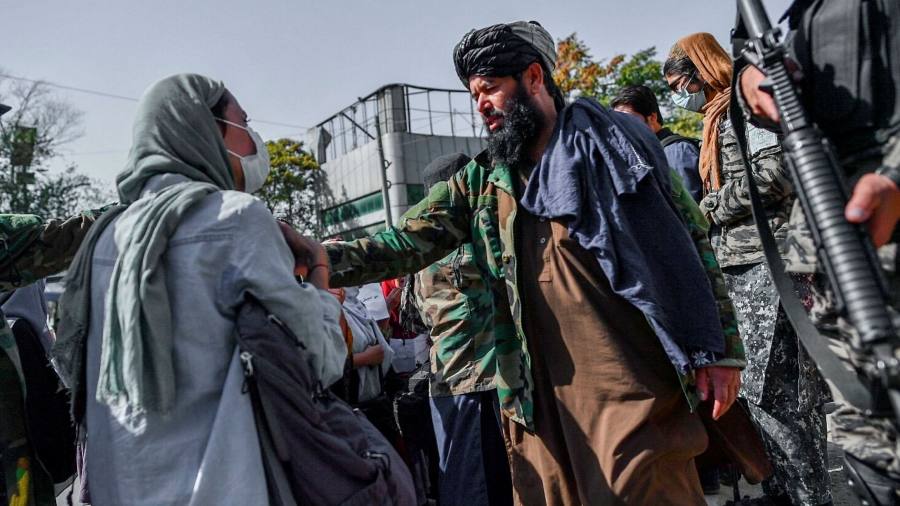 The author is a former acting deputy U.S. assistant secretary of state for Afghanistan and a member of the steering committee of Alliance in Support of the Afghan People

Since the violent takeover of Afghanistan by the Taliban a year ago, the country’s 40 million people have faced a hellish existence of political repression and economic crisis.

For the United States and other allies who have supported Afghan progress for 20 years, this nightmare scenario begs the question: how to help alleviate the immense suffering of Afghans after abandoning them and abandoning most levers of influence that we held before?

To begin with, we must remain engaged with, if not in, Afghanistan. It requires coming to terms with our painful role in enabling the traumatic turn of events of the past year. This story is something Americans want to forget, and the Taliban’s active repression of the media and human rights defenders makes it difficult for even the closest observers to see the full extent of their iron reign.

We have a moral obligation to the Afghan people whom we left behind to endure the rule of the Taliban. We also have a strategic interest in preventing Afghanistan from once again becoming a destabilized environment where terrorist groups live, train and recruit freely.

Going forward, our engagement should be multilateral, principled and clear in its application.

Having an “ideology” is not just the prerogative of the Taliban. We must fight wholeheartedly for the essence of the UN Universal Declaration of Human Rights

The era of unilateral US political leadership over Afghanistan is over. The UN, the World Bank and the Asian Development Bank are examples of appropriate faces of the international community’s engagement in Afghanistan. Flawed as these institutions are, they at least represent broad global opinion and include Afghanistan’s neighbors and other regional actors. The United States is, admirably, the number one financial donor to Afghanistan, but it is not currently in a position to strike the best deals. The United States should therefore steer clear of those who can make effective contributions. It must throw its weight behind a well-coordinated international effort.

We must also stick to our principles as indivisible elements of politics. Having an “ideology” is not just the prerogative of the Taliban. We must fight wholeheartedly for the essence of the United Nations Universal Declaration of Human Rights, which Afghanistan signed decades ago and which calls for respect for human rights, the absence fear and individual freedom.

Finally, Afghanistan must be clearly linked to and integrated into broader US strategic objectives. Beyond the siled and unachievable view of the past of total success or complete failure of policy in Afghanistan alone, we should integrate it with our other international imperatives.

These include stability in the South Asian nuclear neighborhood, counterbalancing Chinese and Russian influence in Central Asia, global cooperation against terrorism, prevention of atrocities, global principles of women’s rights, peace and security, and the diversification of mineral and energy sources. .

To achieve these goals, we must match our remaining tools of influence in Afghanistan as closely as possible to the results we want.

Counter-terrorism and stability goals are better suited to tools such as the current UN sanctions regime, aimed at mitigating the rise of terrorist groups. Not only should we withhold any sanctions relief until the Taliban truly addresses the issues of terrorism and national inclusion, we should also consider additional sanctions against those who create suicide units within the forces security and recruitment-oriented madrassas to replace schools.

With regard to the indispensable objective of getting Afghanistan’s badly battered economy back on track, our efforts must go hand in hand with the Taliban’s acceptance of the international community’s oversight of cash and the release of frozen assets. There must also be transparency about where their own funding comes from and how they spend it.

We have a mess to clean up in Afghanistan. And it is in our interests to do so as part of the larger global system, with principles guiding our actions, and advancing our broader international security agenda.